The relationship between Diabetes and Genetics. 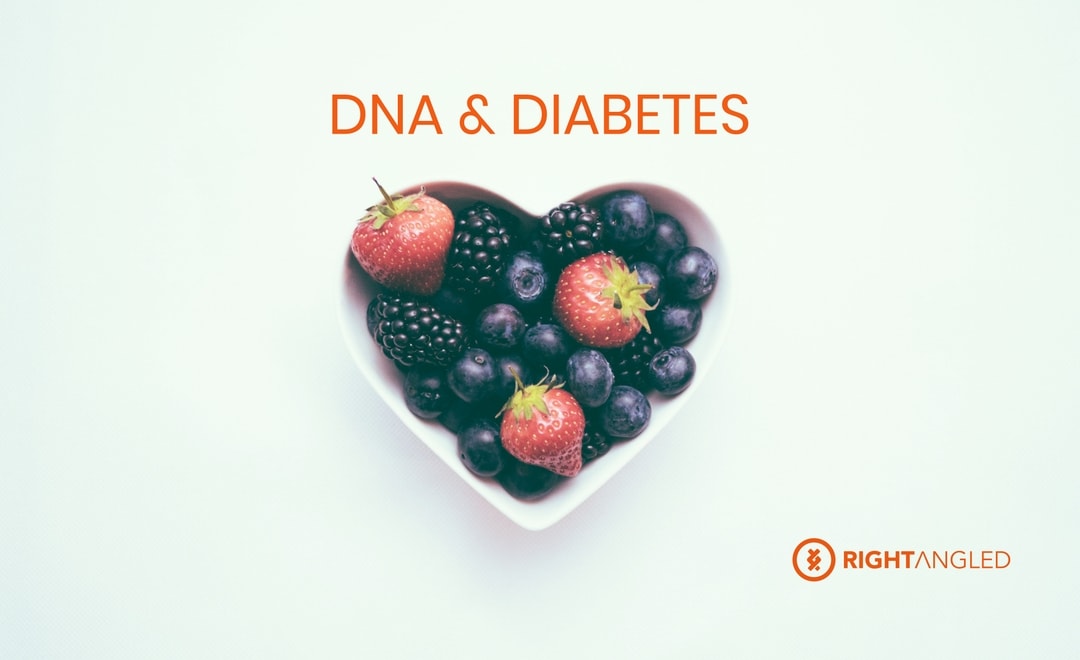 Diabetes is a serious lifelong condition in which the amount of glucose (sugar) in your blood is elevated. There are two types of Diabetes: Type 1 and Type 2.

People with Type 1 diabetes do not produce insulin at all and therefore require insulin injections.

People with Type 2 diabetes do not produce or use insulin efficiently. T2D is the most common type of diabetes and occurs most often in middle-aged or older individuals. However, it is becoming increasingly common in younger people today.

In our body, a process called homeostasis regulates our blood glucose levels as well as other processes. An important hormone involved in the regulation of blood glucose is insulin, which is produced and released by cells in the pancreas. The hormone works by reducing the level of glucose in the blood when they are high, normally after a meal. Insulin receptors found in muscles and liver cells bind with insulin, much like a lock and key, opening glucose channels (think of these like doors; putting the key (insulin) in the lock (insulin receptor), opens the door (glucose channel) on the surface of the cells. The glucose is then able to leave the blood and enter the cells via the glucose channels where it can be converted for storage to be used later.

What does genetics have to do with it?

In the past twenty years, the number of people living with diabetes has doubled. There are now over 4.8 million people in the UK living with the disease.

Research by Diabetes UK has shown that there are around 12 million people in the UK who have an increased risk of developing type 2 diabetes. It is widely assumed that the only causes of type 2 diabetes are lifestyle, diet and environmental factors and while this may be true, there is also strong evidence to suggest that genetics play a role in determining susceptibility to the disease. Although not directly inherited, if both parents have diabetes the risk is increased by 30% (Type 1) and 75% (Type 2).

Recent studies have suggested a direct link between Diabetes and DNA. ‘Junk DNA’ has previously been thought to have no function in the human body, however recent findings show that it may have an effect upon cells that regulate blood sugar levels.

The genes tested to understand your pro-insulin to insulin conversion are as follows: MADD, ACDY5, GLIS3.

The MADD gene codes for a protein that is is involved in numerous pathways including the secretion of insulin. The deletion and variants within this gene are associated with an increased chance of developing type 2 diabetes.

This gene provides instructions for making a protein that plays a key role in converting an energy molecule. The molecule is a member of a process that stimulates insulin release. Alterations within this gene are associated with an increased chance of developing type 2 diabetes.

This gene codes for a protein involved in the development of pancreatic beta cells. Alterations in this gene have been associated with diabetes.

Around 9 out of 10 people who live with the disease suffer from type 2.  This form of diabetes can be delayed or prevented through lifestyle measures. To help prevent type 2 diabetes and its complications, Diabetes UK recommend that people should:

- Maintain healthy body weight through exercise and a healthy diet.

- Participate in regular physical activities at least 5 days a week.

- Stop smoking as this increases the risk of diabetes and cardiovascular diseases.